Manage users to ensure that the right people have access to your PRODUCER team, and that everyone has the right role.

Written by Kathleen Watson
Updated over a week ago 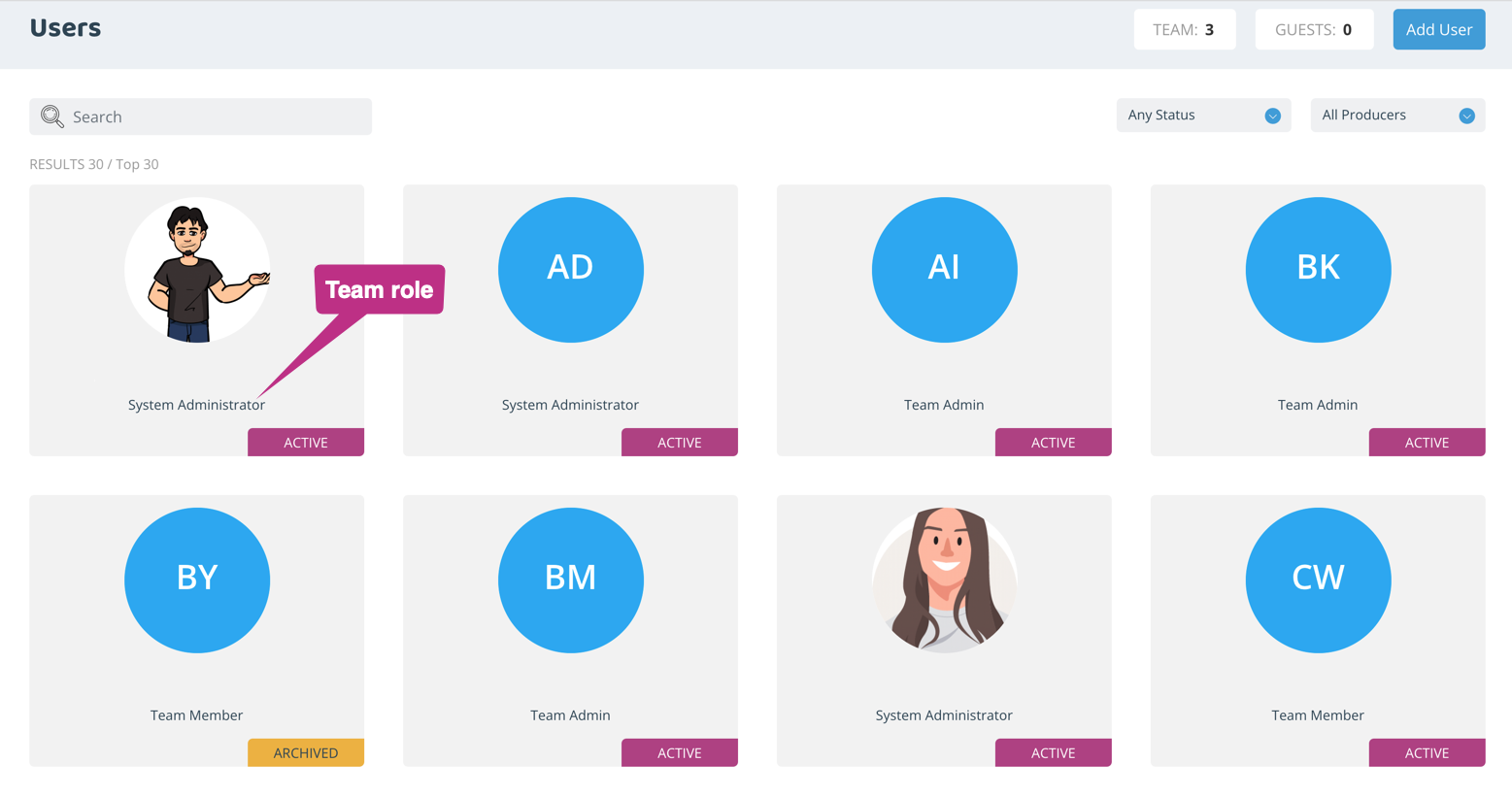 To manage your program roles at any time, use the 'Team' button in the top right corner to open up a list of the current program members. 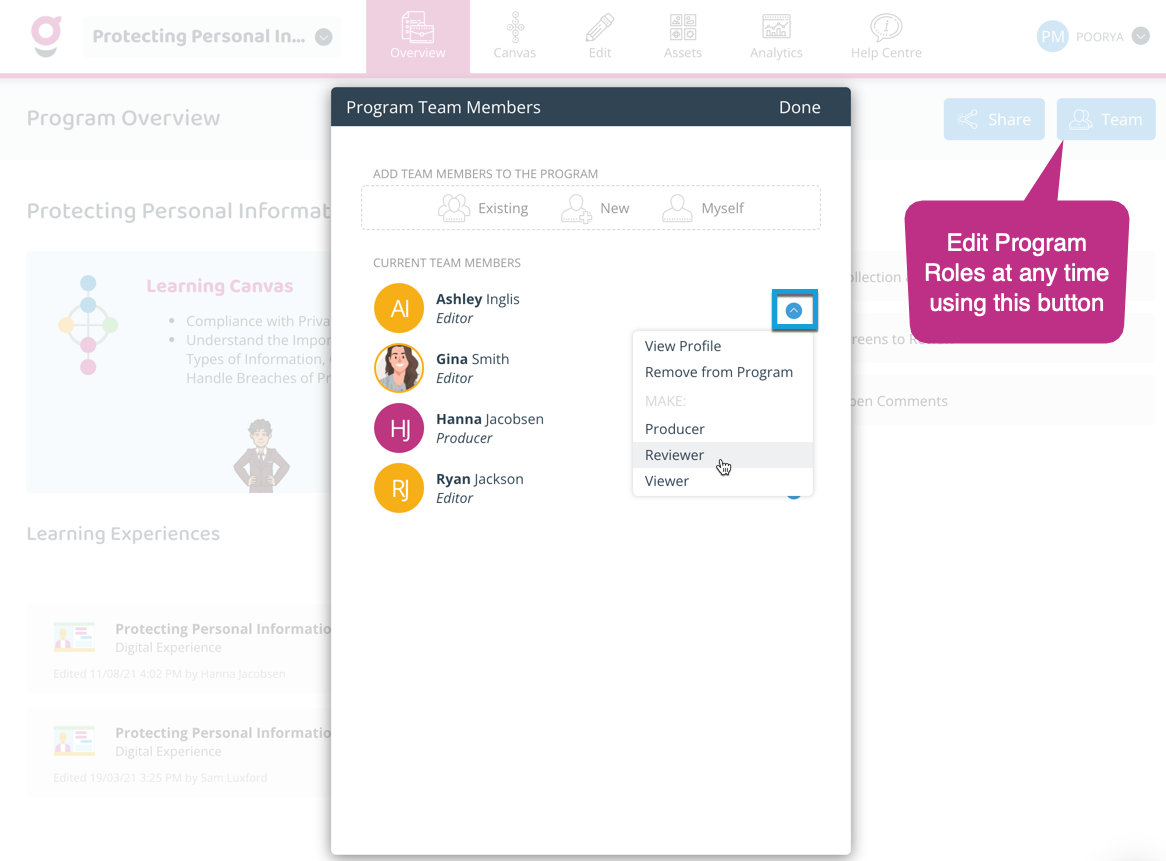 NOTE: Users with the Guest team role CANNOT be Editors or Producers of programs.

Did this answer your question?